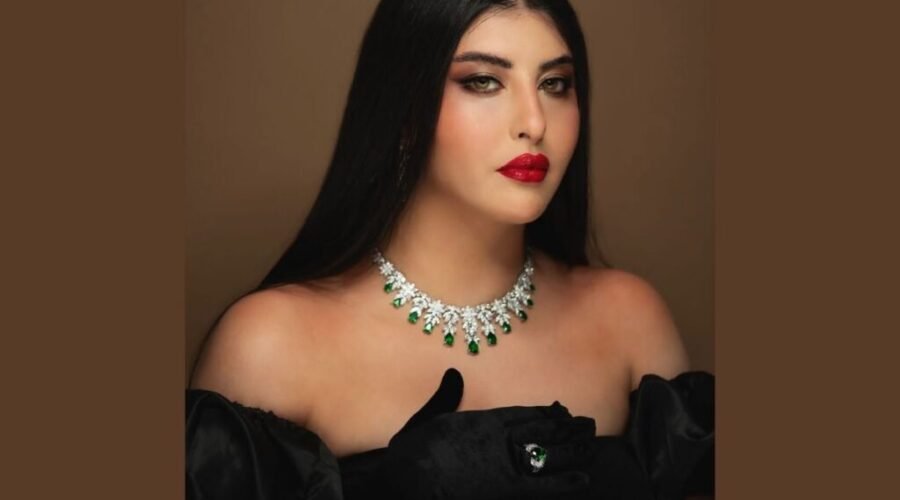 February 12: Soukayna (Sakina) Ziada was born in 1989 in Fez Morocco. Being of Moroccan blood, she is blessed with a bewitching face and body. She pursued her primary school at ‘Al Zahrouno school’. Her mother was a French teacher in Kuwait, Soukaina moved with her mother. And pursued her further studies in middle and high school in Kuwait. Soukayna studied Business Administration at the American University of leadership. After completing her studies, she returned back to Kuwait to pursue her further studies at International Media Academy. She is presently the host of an Arabic news channel that goes by the name “Channel 24”. Apart from acting and hosting news channel entrepreneur Saukanya has also started her own luxury brand that goes by the name Brandstation which makes 100% handmade fashion accessories.

Along with the profession of Acting Soukayna (Sakina) Ziada is into modelling as well. She has worked with some major famous companies such as Sinar group and others. She has done many television advertisements too. Soukayna is fluent in speaking Kuwaiti, a Bonus and made her path easy working with Companies like Dominos Pizza, mini so Kuwait, Bank advertisements and shopping applications.

The Director Qais Khaled, has confidence in Soukayna (Sakina) Ziada and knows about her Amazing Acting skills; he offered her an important role in his movie “Kol Biqalbih”. Soukayna’s character was of a Chairman of the board of Directors. She is known for her delightful acting skills and Classy personality. She is also a Host and holds multiple talents. She is the founder of Brandstation. She has 200K followers over her Instagram Page Sakina Ziad, where she posts her eye-catching pictures; her fans love it.

She’s a working-class lady, participating with known and Elite stars of the Gulf and The Arabians in the series “Nouh Al-Ayn” that is going to be released in Ramadan 2022. Souknya’s professional attitude brings her Offers and Prosperity. She sets an example for other young girls to be independent women. “An independent woman is a powerful woman,” says Soukayna. Soukayna has also shared some Incidents and the Ground Levels of the Industry. “Being an actress, I feel more secure when I’m working for, and in the industry, I love to be relevant and wish the same”, Soukayna delivered.