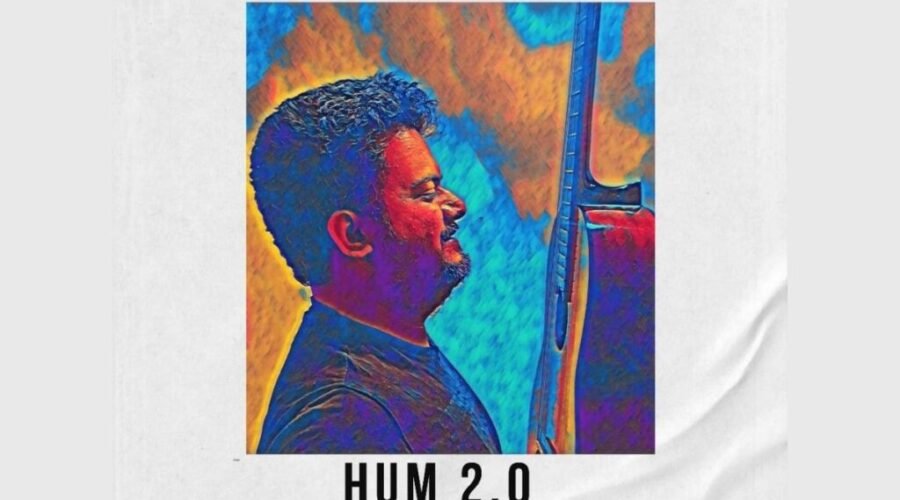 February 14: Music composer and singer Shantanu Sudame released Hum 2.0 on 10th February 2022. The album comprises four romantic songs composed, sung and written by Shantanu himself. The songs are dedicated to couples experiencing the blissful joys of coming together and beginning a new life with hearts full of love and eyes full of enchanted dreams.

Shantanu is the popular voice behind the song Manzar Hai Ye Naya from Uri: The Surgical Strike, in which he sang for music composer Shashwat Sachdev. As a music composer Shantanu has to his credit a variety of popular projects such as Raja Rasoi aur anya Kahaaniyaan, The Great Escape Stories (Netflix), Adrishya (Epic), HRX Heroes (Discovery) and Paurushpur; multiple documentaries for Nat geo including Mega Festivals (Hotstar) and his recent release Space Odyssey (Discovery). His last film, titled Itwaar had a song named Mann Bhala Toh Sab Bhala, which was sung by Udit Narayan. Both the song and the film were well-received by the audience.

An excerpt of a recent interview with the singer-composer where he talks about his inspiration, songwriting process and more.

What inspired you to start playing the guitar or making music?

I have been singing since childhood, but my formal training actually started on the guitar itself. I was keen on mastering the art, so I kept learning. Making music professionally was a natural transition for me. During my journey as a music professional, I discovered scoring visuals which I intend to continue doing. Doing commissioned work teaches you things that you would never learn on your own. If you get the right team to work with, it’s gala time!

Your YouTube Channel has some beautifully sung classics? Who has been your inspiration from the Golden Era?

These classics are the pillars of my music, actually. I grew up listening to various kinds of music, from Indian Classical to Filmy Songs but, it was not until I was 15 that I was exposed to any kind of international music. Later I studied western classical guitar for a few years along with Indian Music, but in terms of musical choices, you would notice some major influence from the golden era. I love it and embrace it!!

If I have to pick a few names from that era that affected my music as a singer-composer, then they would be S D Burman, Kishore da, Hemant Kumar, Madan Mohan Saab and Pancham Da.

What inspires you as an artist?

In the last 2 decades, my listening (in terms of music) has been really wide, and so are the influences. Also, I believe it was never just the music that inspired me. These days it’s more of the other things like reading, playing, travelling, meeting friends, etc. Music is simply a tool to express me.

Recently I have been rediscovering some piano music by Erik Satie, some independent music and Panchamda’s music. I really like some songs from Billie Eilish’s recent album. The writing in it is great.

How would you describe yourself as a musician?

For me being a musician is a way of life. Learning and practising is a part of it, and I don’t just mean learning on the job. I am a fan of routine as it actually keeps me sane, and I feel more in control. I believe if you are in the best shape physically and mentally, you do hit that sweet spot during creation more often. So, I try and keep that pencil sharp!!

It is evident in your music that you are a guitarist par excellence. How do you think it affects your creation?

In a Big Way!! It is the essential ingredient, especially when it comes to my independent music. Luckily the guitar family is huge. I have got a variety of string instruments that I play. Like in this EP you can hear Rabab and Ukulele in almost all the tracks. But even when I am writing for different instruments like sarangi, flute or a trumpet, mostly guitar is my primary writing tool. Almost always, some instrument from the guitar family always finds its way in my tracks.

What is your process of writing songs?

A lot of time, they write themselves. When I have to, it’s quite a ride. Well, lines that will sync well in terms of lyrics don’t come naturally to me. But interesting thoughts do. So, I write them down and shuffle, add, subtract till the time they start making some sense.

Do you have stage fright? Do you follow any ritual or any other habit before your performances??

Stage Fright? Oh Yes!! I have realised that no ritual works. I would love to hear some suggestions, though!

What’s one good piece of advice another musician gave to you?

Music is an art of reaction.

If you weren’t a musician, what would you have been?

Are you happy solo or looking forward to making a band in the near future?

A band in future? Absolutely!

Hum 2.0 is available on all the leading music streaming platforms and YouTube Channel Shantanu Sudame.