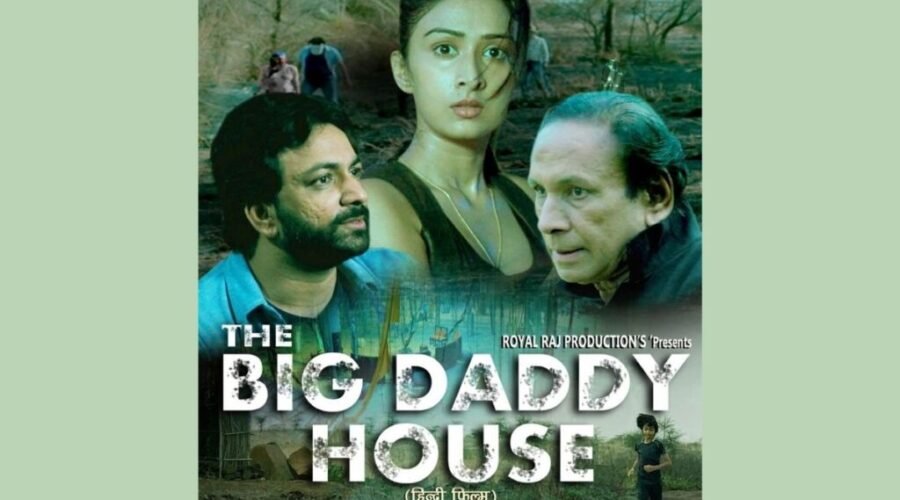 New Delhi (India), March 1: ‘The Big Daddy House’ made under the banner of Royal Raj Productions is all set to get a release on February 28. This Suspense thriller is scheduled to release at MX PLAYER and is produced by Bhagwati Prasad Gupta and Directed by Pradeep Singrole – Mumbai.

Movie “The Big Daddy House” is a suspense thriller film with a run time of 120 minutes. The movie trailer and the 2 songs are released on their YouTube channel royalrajpictures and immensely loved by the viewers. One is an item song (Baby Ding Dong) to make the audience hit the dance floor and another one is an inspirational Sad Song (Zindagi Khafa Hai Kyon) Which is loved by critics and music lovers and also trending on social media and Instagram reels.

Movie The Big Daddy House story is based on the game show. In which the main character Nitya (Farnaz Shetty) is hosting a thrilling game show in a hidden place. There are 10 contestants who are playing for winning crores of rupees. The story centres around unforeseen events that occur in a house with each contestant and secrets open as unforeseen incidents pass by. The events take a turn for the worst, and one of them is killed in a horrific accident. After that, a series of events occur, leading to an intriguing story based on greed, desire, abuse, and deception. Movie also tells the story of a unique relationship between a once successful man and his Granddaughter. The music of the movie is directed by Agnel Roman who is also the Executive Producer. Lyrics are given by Deepanshu Pandit and the singer of the songs are Deepanshu Pandit & Prajakta Shukre. The Story, Screenplay & Dialogue is by Rupali Saxena & Pradeep Singrole, Associate Director & Editor is Dnyaneshwar Panchal, and Cinematographer is Shuv Sanket.

The Whole team of production is from Mumbai. All the post production work of the film is done in Mumbai and sound related work is done at the Famous Studio-Sound Ideaz, Mumbai.

‘The Big Daddy House’ is the first production of Royal Raj Productions. The production is based in Indore (Madhya Pradesh) and is also coming up with the Acting Institute in Indore. Hope the audience likes the efforts of a very hardworking and fantastic team, which includes the director, DOP, actors, EP, ADs, cast, and crew.  http://royalrajproduction.com/