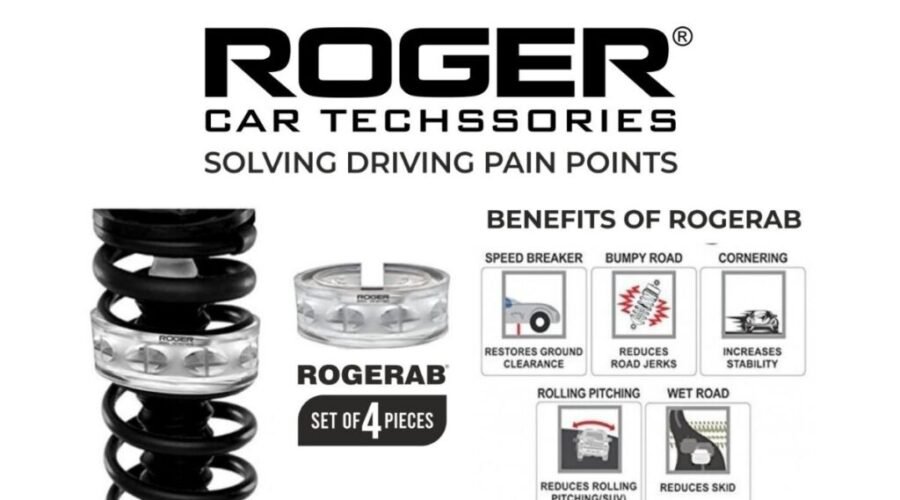 March 8: When you think about cars and their accessories, one name that has stood out will be Roger motors. It all began in 1992 as a garage became a full-fledged multi-brand car workshop in 1995 that commands appreciation from all quarters. The Founder is an Automobile Engineer, Entrepreneur & a Car Racer having a team of car experts and enthusiasts fondly known as “Rogerians,’ who are on a Mission of “Increasing Confidence & Pleasure of Driving by Providing Affordable Innovative Customised Solutions . Roger Motors have specialized Roger car Techssories that can be fitted on most cars. The in-house R&D Team develops these at Roger with testing and certifications with authentic products that perform as per specifications.
Roger Motors has become a Pvt.Ltd Company with 13 showrooms in the state of Gujarat. Roger Motors have a service dealership with Toyota and Bosch. At the same time, Roger is also catering to transport requirements of both Reliance and Adani Ultratech.

Rogerab is a product made from soft grade thermoplastic urethane, also patented as the oval hole in the reinforced design. It’s a unique accessory that can be fitted into the car without extracting any car parts or dismantling the car. This car suspension modulator has multiple benefits, such as Cushioning in the car, Reducing car jerks, Increased braking efficiency, Reduces body roll over in SUVs, Prevents the touch down on speed breakers and potholes. You order your Rogerab online and get it installed in any of the 864 installation centers across the country. The product can be fitted in with 20 minutes and you are good to go, whether it’s a hatchback sedan or suv car. A test drive after the fit and a 30-day unconditional buyback offer after installation. Rogerab has a two-year unconditional replacement guarantee.

The product has been duly tested by the Automotive Research Association of India and awarded by the Gujarat Innovation Society. With 1,34,612 cars have been fitted with Rogerab across India to date. Roger proudly says it’s a Made in India product now exported globally to countries such as Latin America, Russia, UAE & East African Markets.

Founder
The MD. Roger Motors, Kripal Singh Jadeja happens to be an automobile engineer by profession and equally passionate about car racing. With a dedicated experience of 25 years in the automobile service sector. He has won numerous awards for the company and as an entrepreneur as well. His experiences as a race driver and his love for road trips on difficult terrains made him realise that driving a car with low er ground clearance damaged the car’s underbody. Especially with speed breakers and potholes posed serious issues. That’s when an idea struck him that he needed to make Rogerab resolve a problem that motorists face daily.

He has been actively involved in technical knowledge to the youth whenever an opportunity presents. Mr. Jadeja hasn’t just worked for road safety through Roger Techssories but has started an NGO known as Roger Road Accident Prevention Organisation.

Roger’s unique skills and innovative ideas in the automobile sector have garnered praise with awards galore. Roger motors, MD. Mr. Kripal Singh Jadeja has won the ‘Outstanding Effort in Entrepreneurship in the automobile sector. Receiving a Special Recognition award from the prime Minister of India, Shri Narendra Modi, was an uplifting experience.

With our innovations and inventions to reduce road accidents on highways, Roger Motors have specially been honored by the State Government of Gujarat by the honorable Transport Minister Shri RC Faldu. The MD Of Roger motors himself has received the title of ‘The Road Man’ by the Lions Club International because of the immense efforts put into the idea of making the roads safer again and preventing loss of lives and property.

Other awards include the Best Futuristic workshop award presented by Bosch Car service India. Roger Motors has received the Trend Setter award for Car Techssories from the Gujarat Innovation society for 2015-16. Several citations have been bestowed on us, such as the Certificate of Appreciation from Samanvay Tech-Fest. And also, a Certificate of appreciation from Tata Motors.