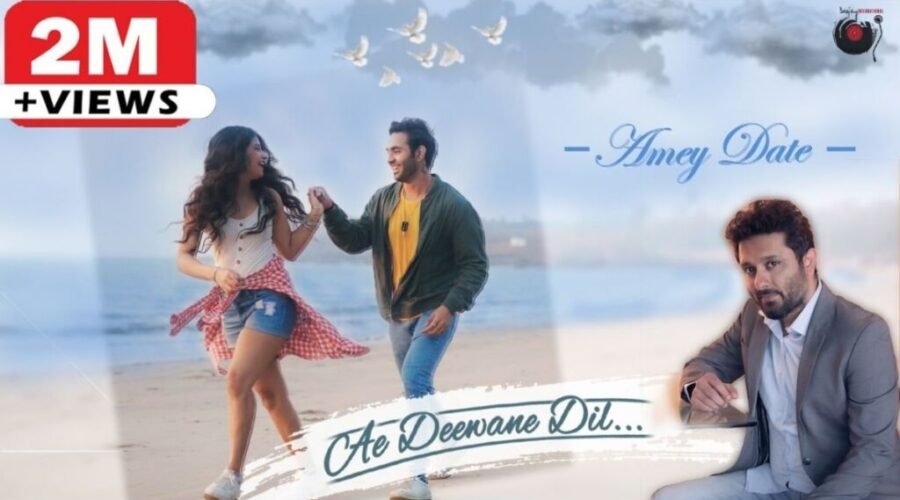 Mumbai (Maharashtra) [India], March 9: Ae Deewane Dil, a song by lyricist and producer Deepak Jeswal is rising on the popularity charts. The romantic melody has touched more than 2.3 million views and received nearly 12,000 likes on Deepak’s YouTube channel and is now also released on the popular OTT platform MX Player.

Ae Deewane Dil has been composed in the style of legendary music composer Late RD Burman. Jeswal and his team ensured they used acoustics and real musical instruments, a hallmark style of RD Burman. The versatile voice of Amey Date, which brings the lyrics to life, and the manner in which the video has been beautifully shot by Ajinkya Deshmukh, complete the perfect package that Ae Deewane Dil is.

Deepak credits the team for the success of Ae Deewane Dil, which is his fifth song in the past year to have crossed 1.5 million views.

“After writing Ae Deewane Dil, I hummed it to Arnabda and told him I needed a Pancham Punch in this. He immediately got what I wanted. We sat down to list the instruments we would use and the style we would follow. I couldn’t attend the recording, but I was completely bowled over when Arnabda sent me the final recording. Of course, Amey gave the right amount of tadka to take the song to the next level,” says Deepak about Arnab Chatterjee, who arranged music for the song.

Deepak also showers effusive praises on Ajinkya Deshmukh, with whom he has collaborated on four songs of which the last three, Ae Deewane Dil, Chanda, and Prem Deepak, have been super successful.

“Working with Ajinkya is a lot of fun. He has an excellent cinematic vision that matches mine, and this has helped all my songs achieve that ‘filmi’ quality. His creativity is superb. He spends a lot of time on planning which ensures the artists now act is expected of them and the crew works in a clockwork manner. The atmosphere on the set is relaxed and enjoyable. This reflects in the way the final songs shape up,” says Deepak about the music video and ad film director Ajinkya Deshmukh, adding actors Nikhil Narang and Twinkle Saggu, on whom the song is picturised, brought in much freshness, zeal and enthusiasm.

Prem Deepak, the latest song by the team of Deepak, Amey, Ajinkya, and Arnab Chatterjee, is also running successfully and is nearing five lakh views in just three days of its release.