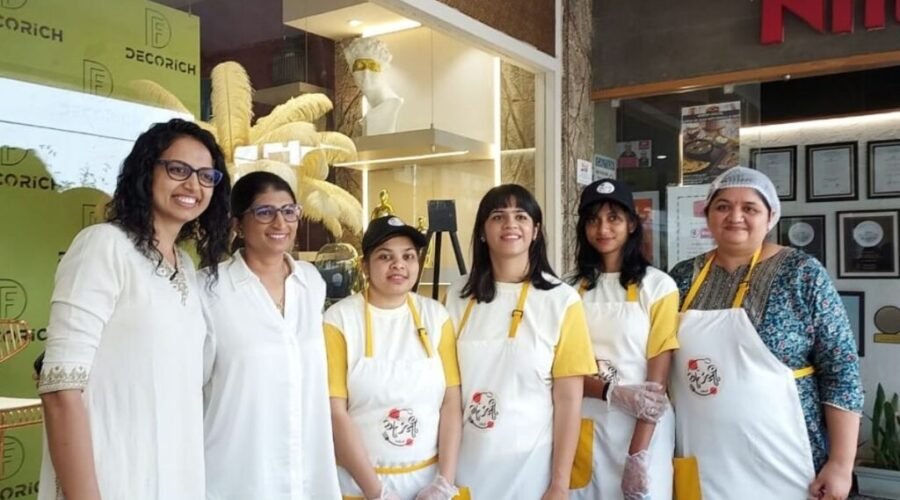 Women working as cooks in schools, temple kitchens, and restaurants are not allowed to work during their periods and suffer loss of wages. The Adeli initiative sheds light on the issue.

The campaign has been aptly named Adeli, which translates to touched or possessed, and is the term used in some remote parts of the state for women going through their periods.

“The practice of not allowing women to cook while they are menstruating is not only discriminatory but also has a large financial impact. Women who are working as cooks in schools, temple kitchens, and restaurants have to face loss of wages – in some cases up to a fifth of their income – because of this practice,” said Geeta Solanki, Founder, Unipads.

Unipads, which manufactures affordable reusable cloth napkins to ensure menstrual hygiene and works to address taboos associated with menstruation, has collaborated with Manav Sadhna of Gandhi Ashram and Saath NGO for the Adeli movement.

As a first step, Unipads launched a limited pop-up restaurant with the name Adeli and collaborated with women chefs, helps, and servers going through their menstruation days to run it. Unipads invited influential community members, change-makers, activists, and other prominent names to dine at Adeli and become a part of the change. Unipads also invited hotels, restaurant chains, schools, and temples to become a part of the movement by committing to support women having their periods.

The Adeli movement has been very well received. Sarovar Portico, with its 97 hotel properties, has supported the initiative, and so has Pride Hotels at all its 26 properties. Talks are going on other with hotel chains, schools, F&B companies, and commercial kitchens for their support.

“The support has been excellent, and we see some positive change, but there is a long way to go. We need to reach out to more communities, businesses, religious and social leaders, and most importantly, the women themselves and educate them about this taboo,” said Ms Solanki.

As a part of its broader outreach, on Monday, Unipads shot a documentary associated with Nini’s Kitchen to address the taboo. Some of the women cooked for the first time during their periods.

“Going ahead, we also want to engage with policymakers to ensure a framework is put in place to protect the rights of women to be employed and paid while on periods,” added Ms Solanki.