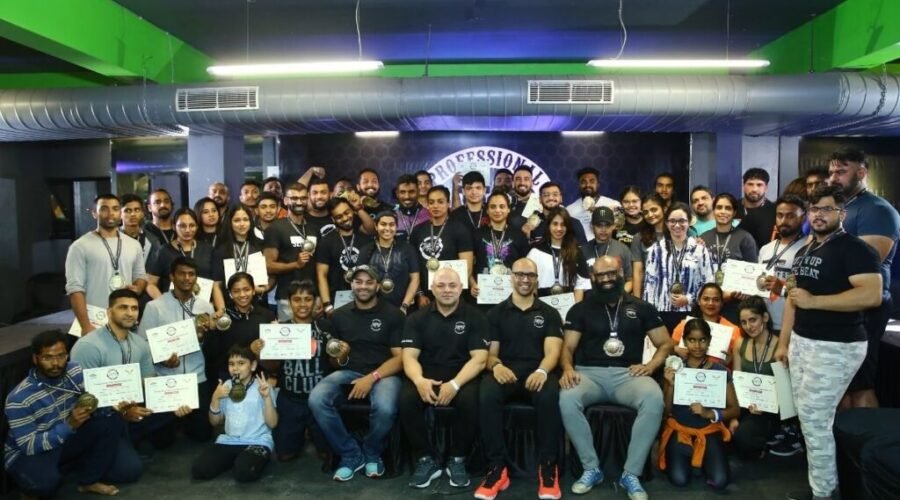 Under the leadership and guidance of Mohammed Azmat, the PRO met the director and head referee; the championship ran smoothly and ensured a positive experience for the athletes.

Being an internationally-sanctioned powerlifting competition, the Professional Raw Organisation committee anticipated a number of national records and potential world records to be set. And exceeding all the expectations, this national push-pull championship set the benchmark for many aspirants rather high. Some notable mentions include:

– Yusuf Sawood, at the age of 10 years, became the youngest athlete to participate in the national championship.

– Krishna Singh earned the #1 rank for Bench Press, Deadlifts, and the Push-Pull in women, a clean sweep in all 3 events.

Commenting on the occasion, Saad Khayoom, PRO League India’s head said, “We’re very happy to celebrate the success of the championship. The ultimate goal of organising this competition was to provide a big platform to the existing and upcoming athletes of India and bring international recognition for their accomplishments. The national championship is only the first step of our international outreach. The team has already started working towards the upcoming Asian championship, where elite athletes across the globe will get an opportunity to put their best foot forward and go head to head with the champions in India.”

The winners will be given an opportunity to represent India at the Professional Raw Organisation’s Asian, European, and world championships, to be held during October in Portugal.

Many fitness-focused companies such as Corebolics, Relentless Strength, Maximum Effort, TrainWithSaad and OhMyWeb extended their support by funding the entire event. Internationally recognised power-lifters such as Rajat Dalal, Vikram Phogat Singh, Kirankumar Reddy, and Gulshan Kazi were also in attendance and participated in the said competitions.

Sandro Eusebio, International Powerlifter and Founder of PRO, added, “India is a massive country with an amazing talent pool and passion for powerlifting. We’re extremely happy and motivated by the response we’ve received in this championship. I would also like to extend gratitude towards the team and appreciate their efforts in putting together an event of this magnitude. Given Saad Khayoom and his team’s dedication, we hope to bring the best out of the athletes by providing all the possible resources and opportunities to help them grow in the future.”

Founded by the legendary Powerlifter and Strongman Sandro Eusebio, Professional Raw Organisation (commonly known as PRO) is an elite powerlifting federation based in Portugal. The establishment is famous for organising Squats, Bench Press, and Deadlift championships across the globe to support, train, and encourage the athletes who are engaged in the field of powerlifting.

To know more about Professional Raw Organisation and their contribution within the realm of powerlifting, please visit their website that is mentioned below.