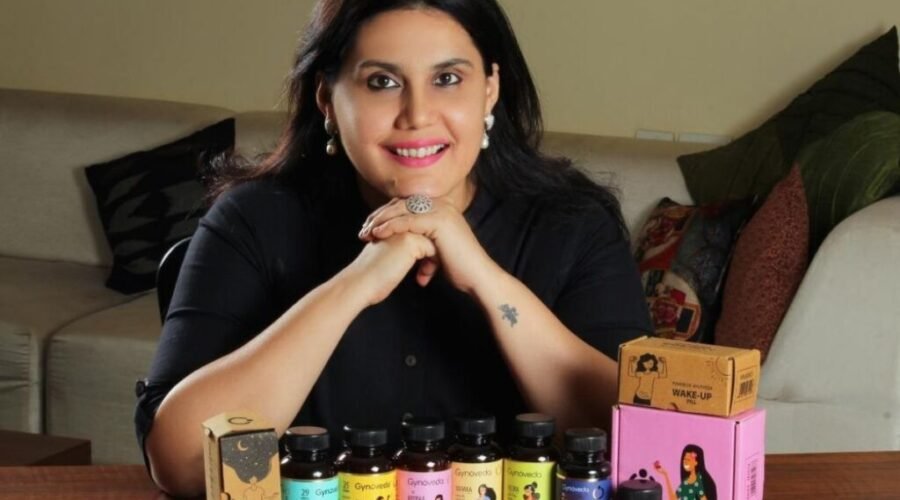 Mumbai, March 22: In Hinduism, women are revered as “Shakti (Power)”. Yet, there is a widespread prevalence of feminine health issues. A lot of these problems are caused by the fact that women are often too lost in being the ‘caregivers’ and forget their own wellbeing. Ignorance and lack of awareness further lead to this problematic scenario. It is not uncommon to see topics related to feminine health and wellness, emotional wellbeing and social concerns being either ignored or hushed up as taboos.

The iconic American Poet/Writer Maya Angelou once said, “When women take care of their health, they become their own best friend.” It is exactly what the world needs today.

The co-founder of Gynoveda, Rachana Gupta, has been a strong advocate of focusing on women’s physical health and emotional wellbeing. Even during the 17 years that she spent in various leadership roles for some of the marquee brands in the Indian BPO sector, Rachana had a constant urge to devote her time and effort towards the betterment of women and society overall. Eventually, she stepped out of the thriving industry and got certified as a Happiness Coach. She is also the author of the highly acclaimed book Happiness Ki Khoj. The insights generated during her interactions with thousands of women during her BPO career and later on as a coach gave her a deeper understanding of the interdependence of health and happiness.

She came across numerous instances where women put family, career and other things over their health, especially their menstrual and reproductive wellness. Determined to change things around, she joined hands with her husband Vishal Gupta to co-create Gynoveda. Combining two words, ‘Gyno’ which stands for a woman, and ‘Veda’, which refers to the knowledge contained in Ayurveda, Gynoveda is a manifestation of Rachana’s vision of making women all over the world focus on their health, the way they have been caring for others.

“When women support each other, incredible things happen.”

Driven by the above mantra, Rachana, along with Dr Aarati Patil (Chief Ayurveda Gynecologist), formed the ‘Circle of Sisterhood’, a safe, unbiased online space for women to freely share, discuss and learn everything related to their menstrual cycles, reproductive health, vaginal health, sexual wellness, and preventive care.

The Circle of Sisterhood is a community by women-of women-for women that fills up the lack of a non-judgmental discussion platform for women. Due to the prevalence of bias and taboos created by outdated social beliefs and practices, women don’t even feel comfortable discussing their menstrual and vaginal health even with their mothers, sisters or friends. There is a constant fear of being judged or feeling embarrassed. In many cases, the attempts at talking lead to a flurry of unsolicited advice instead of empathetic listening, making women withdraw within, suffering silently and secretly.

However, when there is no fear of judgement or being labelled guilty, women find it easier to share their concerns freely with strangers. There is a mutual acknowledgement and relativity based on one’s own experiences without any tags, intrusion of privacy or judgements. That’s the core principle followed by the Circle of Sisterhood. Started with only five core members of Gynoveda in mid-2020, when the COVID-19 pandemic was wreaking havoc and the world was under a lockdown, the group steadily emerged as a support system for the women. The group slowly and steadily emerged as a support system for women. It facilitated direct interactions with Ayurveda doctors, certified health experts and other women who go through problems such as PCOS (polycystic ovarian syndrome), delayed periods, vaginal infections, difficulty in conception, skin and hair problems, mental health issues, and several other problems.

There are real conversations personal narratives shared as video stories or posts alongside value-added information provided by the experts. All these factors combined have led to an ever-increasing membership and superior quality of engagement in the group. Today, the Circle of Sisterhood community has more than 30,000 members, and it has become one of the largest Indian Facebook communities on women’s health.

Built upon the R’s, ‘Real, Reassurance, and Readiness to help’, Rachana has ensured that the community has no room for any negativity or pessimism. For women struggling with PCOS or trying to conceive, the community serves as a reminder that they are not alone, and there are thousands of other women facing problems similar to them. These women are all there for each other and support and cheer every step of the way. It gives great delight to see how women celebrate each other’s success, support the struggles, and rejoice at moments such as when a woman uploads a picture of her newborn baby or when someone suffering from delayed periods for years gets her periods back. Everyday stories that are otherwise not shared become a cause of celebration in this community where women are their cheerleaders. After all, ‘Celebrating women’ is what this ‘Circle of Sisterhood’ is all about.

Alongside growing her venture Gynoveda, Rachana Gupta envisions making Circle of Sisterhood the most significant global community on women’s health, and she believes the journey has just begun.