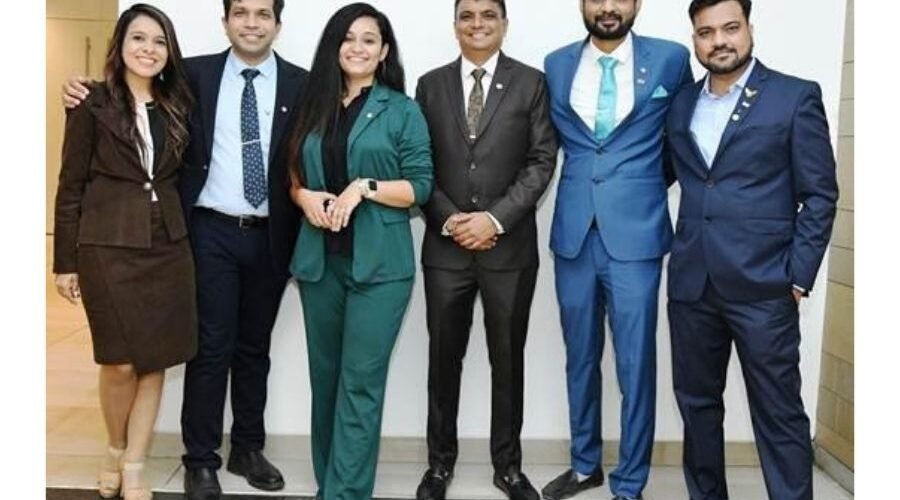 Ahmedabad, April 6: A new leadership team has taken over the reins at BNI (Business Network International) Prometheus, one of the chapters of BNI Ahmedabad.

Niraj Goswami has taken over as the President of BNI Prometheus from Khushbu Majithia. Amit Bharadva has been named the Vice President in place of Dr. Ravi Akbar, while Ranu Malay Shah has taken over the Secretary/Treasurer from Dr. Hemal Shah. The term of the leadership team is six months.

“We are thankful to the members of BNI Prometheus for showing their faith in us and giving us this opportunity to lead the chapter. Our vision is to take BNI Prometheus to newer heights by building the culture, improving the chapter’s visibility, enhancing members’ experience, and converting the networks into more business for everyone. This is what the efforts of the entire leadership team will be focused on,” said Niraj Goswami after taking over as the chapter president.

BNI Prometheus chapter’s members have a presence in engineering, travel, advertising, construction, finance, retail, health, employment, manufacturing, real estate, automobiles, food & beverage, and other segments. The chapter has facilitated a business of Rs. 217 crore in seven years since it came into existence.

“The amount would have been even higher but for the unprecedented economic disruption caused by the Covid-19 pandemic. We are seeing increased optimism as the economy continues its recovery from the impact of the pandemic. We are confident that the business facilitated by BNI Prometheus will increase sharply in the coming months and years,” said Mr. Goswami (Or Amit Bharadva, Vice President, BNI Prometheus.)