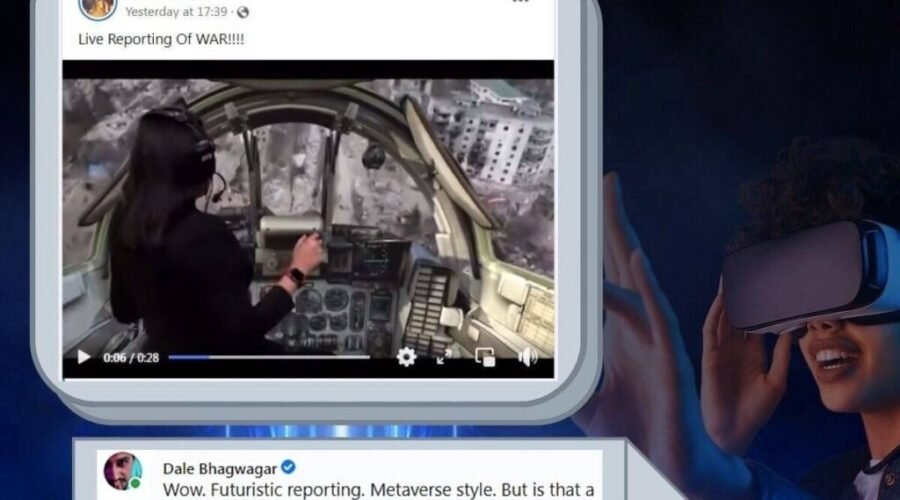 Mumbai (Maharashtra) [India], April 9: Recently, a well-known fashion and advertising photographer Vivek Tickoo posted a video of a TV news bulletin on Facebook. A Bengali television anchor can be seen reporting on the Russia-Ukraine conflict in it. The mock studio prop the anchor was reporting from, looked like a contraption of an airplane cockpit, calling it an “ariel view” from a “fighter jet”. Tickoo captioned it, “Live Reporting of WAR!!!”

There were a lot of hilarious comments about the extent to which Indian TV channels and news anchors go nowadays to catch the viewer’s attention.

But a comment from Bollywood’s only PR guru Dale Bhagwagar was the most interesting and introspective. Unlike others, the top Mumbai-based publicist did not make fun of the style of reporting shown in the video. Instead, he wrote, “Wow. Futuristic reporting. Metaverse style,” and went on to ask, “But is that a plane, drone or flying saucer cockpit?”

Come to think of it, the PR consultant’s words seem simple. But delve a bit deeper and you would realise that this kind of highly stylised and dramatized reporting could well take place in the Metaverse. So yes, what the Bollywood publicity expert has pointed out is indeed futuristic.

But Dale smartly refrained from elaborating, letting people analyze and understand possible outcomes from the media of the future. Dale Bhagwagar tops the list of best celebrity publicists in Bollywood. His PR agency Dale Bhagwagar Media Group leads in the entertainment PR industry from more than two decades. He also runs BollywoodPR.in, the premiere authoritative PR website of the Indian entertainment industry.

In the meanwhile, at the time of publishing, Vivek Tickoo’s post on Facebook has already garnered 2.7k shares on the social media platform.