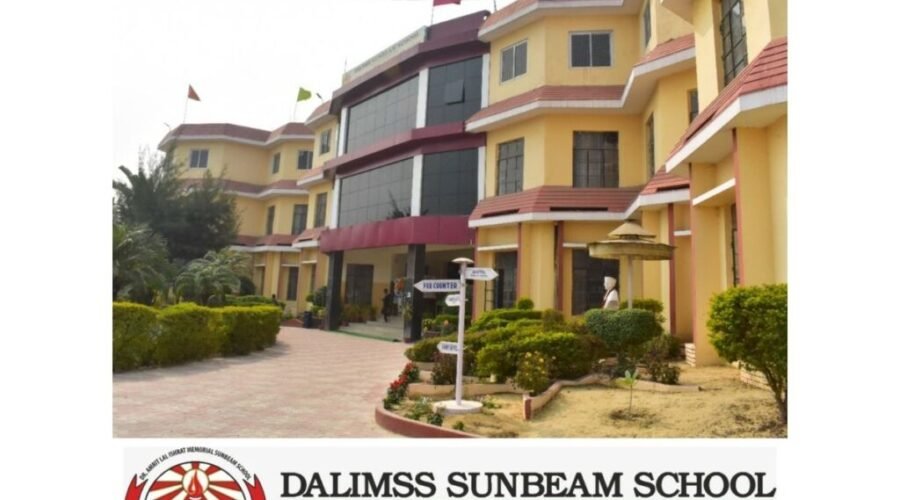 The initiative is aimed at equipping children with the ability and skills to cope with today’s tech-savvy but rapidly-evolving world.

Varanasi (India), April 16: In sync with time and in an effort to build a new generation of learners, the Varanasi-based Dalimss Sunbeam Group of Schools has become the first school in the country to include E-sports in its extracurricular activities.

Technology has not only revolutionised the way we talk, shop, or eat out, but also ushered in a dramatic transformation in the way educational institutions are adopting new learning methods for the learners, especially in post-Covid times. E-sports are known to lead to improved self-esteem, enhanced visual-spatial reasoning, development of motor skills, greater technological proficiency, and much more.

While e-sports are quite popular in the west, India has also emerged as a gaming capital given its rise in digital and IT skillset as well as greater accessibility to internet connectivity in recent years. One of the most significant and recent developments is the rise of the gaming generation or the Gen-Z, of which an overwhelming majority are children in the age group of 2 to 17 years.

“For nearly 50 years, Dalimss Sunbeam Group of Schools has strived to harness the limitless energy and creativity of children through a holistic education that encompasses academics, co-curricular activities, sports, and life skills. In today’s tech-savvy world, it is critical to equip children with the ability and skills to cope with a rapidly changing world. The objective behind including E-sports in our extracurricular activities is to introduce healthy competition among students and help improve their overall performance and well-being,” says Pooja Madhok, Director, Dalimss Sunbeam Group of Schools.

Incidentally, Dalimss Sunbeam Group of Schools was also one of the first in the country to host a Minecraft Championship earlier this year with an aim to promote creativity, collaboration and problem-solving in an immersive digital environment that helps students engage across subjects and bring abstract concepts to life.

Dalimss Sunbeam Group of Schools, which has five campuses in and around Varanasi and a distinguished track record of 49 years, is focused on creating benchmarks in knowledge and learning pedagogy. In addition to its state-of-the-art facilities, experienced faculty, world-class laboratories, and much more, the school has established itself as a leader that focuses on learning using advanced digital technology.

As a part of its efforts to create an academic environment that encourages, stimulates and supports balanced growth and advancement of children, the school has also introduced the concept of ‘online homework’ for the convenience of parents and to provide exposure to more audio-visual and digital classes.

Dalimss Sunbeam School (Dr. AmritLal Ishrat Memorial Sunbeam School) was founded by visionary educationist Late Mrs. Deesh Ishrat in the memory of distinguished scholar Late Dr. AmritLal Ishrat. It has been ranked as one of the best schools in India and has also been recognised on various national and international platforms for innovative teaching methods and development.