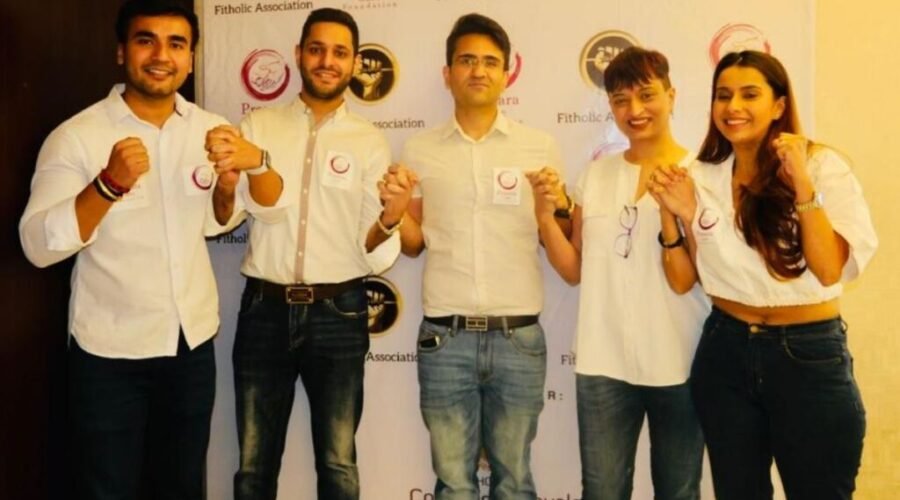 April 18: Prasara Care Foundation is a non-profit organization based in India working towards the welfare of poor and orphan children and senior citizens. The mission is to provide a safer space for orphans and elders away from their homes. They aim to deliver rights of senior citizens such as Universal Pension, quality Healthcare, action against Elder Abuse, and many more. Prasara Care Foundation also believes in providing effective channels for financial donations, meals, education, clothing, medical help, and community development and work towards self-sufficiency. The foundation focuses majorly on activities like Skills-based training workshops for orphans, Healing workshops for old age homes, Volunteer Programs for Children and Senior Citizens, Adoption of Senior Citizens, and Adoption of struggling artists in association with CINTAA amongst many others.

On the 15th of April, 22 Prasara Care Foundation in collaboration with Fitholic Association organized the “Celebrating Philanthropy” where more than 100 volunteers participated from across the country including NGO founders. This event also awarded appreciation certificates to individuals for their contribution to Prasara and fitholic. The event was arranged in Hotel Cannaught Royal which is also their venue partner; alongside a great lunch served for the participants. The official media partners for Prasara care foundation namely Zoom Delhi, Asian News Channel, Global News Network, News Age and World News 24×7 also did the coverage.

IRS Sahil Seth’s plan through Prasara Care Foundation involved many future programs including Skill development in orphan kids, planning plantation drive on environment day (5th June), Food distribution drive on weekly basis, Identifying talent among orphan kids, and helping them to become self-sufficient. The foundation plans to reach out to people for support and collaborate with organizations so they can work in different fields for building a better society. Sahil Seth mentioned, “I am glad we were able to organize this amazing launch program for our people. Our journey has been awesome and Prasara and I shall keep doing our best to make every dream possible. We appraise the journey of everyone associated with the foundation and plan to keep doing whatever we can. Multiple drives and programs are lined up that can help us reach maximum people together strengthening the people’s chain. I am glad that we have such a strong team. It’s less about me and more about my people.” IRS Sahil Seth is setting new goals for all youngsters and helping the needy to believe in their dreams through his foundation support.

IRS Sahil Seth, a 2011 batch officer from Indian Revenue Services, who is presently at the post of Jojnt commissioner with Central Board of Indirect Taxes in Ministry of Finance, Govt of India was also appointed as Honorary Advisor to the BRICS Chamber of Commerce and Industry (CCI) from 2020 to 2023 leading the association of five major national economies including India, China, Brazil, Russia, and South Africa founded in the year 2009. Followed by it he got appointed as the Honorary President of the Delphic Council of Maharashtra which was first founded in 1994 as NGO for promoting art &culture. He is now the co-founder of Prasara Care Foundation which is looking toward empowering elder needs and rescuing programs for orphans across India. The other co-founder includes Rachna Puri the CEO Vector Mob; Pranitaa Pandit, a known actor; Vaibhav Sachdev, hotelier & real estate businessman and Sagar kumar , a renowned social worker are also involved in leading the foundation. They all came together to celebrate a day called “Philanthropy for a Better Future” remembering the journey so far with their whole team and appreciating their efforts.