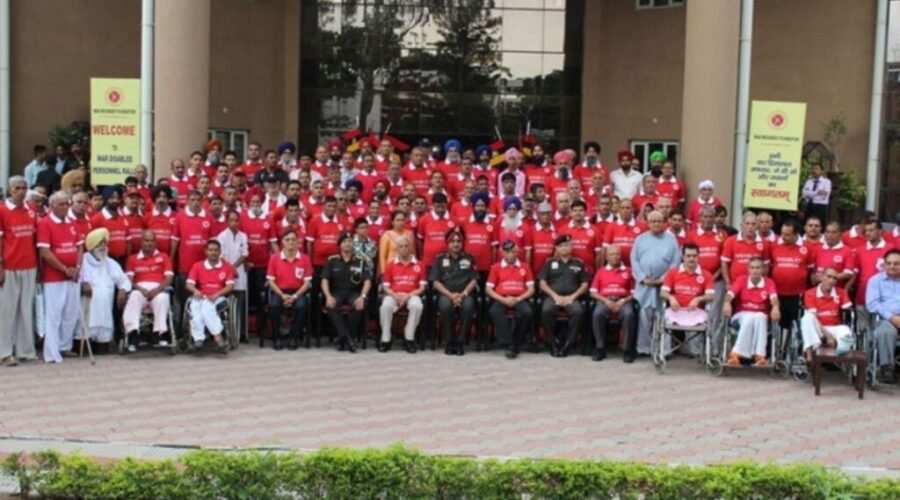 New Delhi (India), April 19: The oldest ‘think tank’ of India – USI and the WWF, a registered charitable Non-Government Organisation (NGO), are jointly organising a Seminar relating to all war-disabled personnel of the Armed Forces Of India at the USI Auditorium, Rao Tula Ram Marg, New Delhi on 19 April 2022.

The Chief Guest at the Seminar is General V P Malik, PVSM, AVSM, Former Chief of Army Staff, under whose command and directions, the Kargil War was fought and won.

In the Inaugural Session, the Chief Guest, after inaugurating the Seminar will address the gathering and will honour to approximately one hundred war-disabled personnel of various wars and war-like operations. The Session will also witness the change in the hierarchy of the WWF, wherein the pioneers who nurtured the 20-year-old institution will step down and a new team will take over the Foundation.

The Inaugural Session will be followed by Tea Break and Interaction with War-Disabled Personnel from various parts of the country, invited for the Seminar.

Three working sessions will follow. Session I: Challenges and Concerns of War Disabled Personnel will be chaired by Maj Gen Ian Cardozo, AVSM, SM, who had lost his leg in the 1971 War with Pakistan.

There are three speakers in the Panel. Brig Deepak Sinha, PARA (SF), a defence analyst is the first; Maj Gen Hardev Singh, KC, AVSM, who runs a “Not for Profit” Trust titled “Foundation Freedom” to promote Spiritual Wisdom, Health, and Guidance for the poor; and Major Navdeep Singh, an eminent author and legal luminary, who will address the audience virtually as he is unable to be physically present. Different aspects of the overall subject will be dealt with by the three speakers.

Session II will end with a short narration by a war-disabled warrior about how he sustained his injuries and how he met the challenges thereafter.

Session II will follow Session I. It will be chaired by Lt Gen Vijay Oberoi, PVSM, AVSM, VSM, former Vice Chief of Army Staff and President of WWF and will deal with the subject “War Disabled Personnel Need to Live an Honourable Life, Standing on Their Feet and Being Financially Independent”. Gen Oberoi had lost his leg in the 1965 War with Pakistan, but he had soldiered on, competing with his peers and superannuated as the VCOAS of the Indian Army.

The three speakers in this Panel are three highly experienced Army Officers. The first speaker, Maj Gen Bhupesh Jain, VSM, a PARA (SF) officer, who had lost his leg in active operations, will speak on the part played by family, units and formations and the disabled individual himself in overcoming challenges of disability. He will be followed by Maj Gen Deepak Sapra, SM, who will speak on the very important subject of formulating a dynamic data base of the war-disabled to formalise the need for creating a separate group, which is lacking today.

The third speaker of Session II is Lt Gen Arvind Dutta, PVSM, AVSM, VSM, and former Adjutant General of the Indian Army. He will address the important subject of reaching out and according recognition to our war-disabled personnel.

Session II would end with another narration of a war-disabled warrior about his experiences in war and post-war activities.

After the break for a working lunch, the seminar will resume with Session III, which is being chaired by Lt Gen PC Katoch, PVSM, UYSM, AVSM, SC, a well-known defence analyst and prolific writer from the PARA (SF) fraternity. His Session will deal with “Policy, Options and Alternate Avenues for War Wounded Personnel to Lead a Happy, Successful and Fulfilling Life”.

The three speakers on this Panel are two experienced army officers and a well-known lady who has brought laurels to the nation with her grit and perseverance. The first speaker of the Session is Maj Gen Ashok Kumar, SM, VSM, who is occupying the prestigious appointment of ADG Personnel Services in the Adjutant Generals Branch. He will dilate on existing policies, instructions and provisions for all war-disabled personnel.

Gen Ashok Kumar will be followed by Captain D P Ramachandran, an armoured corps officer who is a veteran of the 1971 War with Pakistan and is a Trustee of the ‘Colours of Glory Foundation’ Chennai. He will speak about the need to have plans and schemes that will enable the corporate sector and the war-disabled to assist each other.

The third speaker of the Session will be Dr. Deepa Malik, a renowned lady well known for her overcoming her disabilities and an example to all for her fortitude and courage, and now the President of Paralympics Committee of India. She will speak on chalking out a formalised sports policy for war-disabled personnel and preparing them to participate in para sports.

Session III will end with a brief narration by Ms Meghna Girish, who is currently occupying the WWF Chair of Excellence at USI and is writing the first book on War Disabled- Personnel.

Each session is designed to have a ‘question-and-answer’ session for interaction with the audience.

There are multiple aims we want to achieve from this high-powered seminar. The foremost is to bring out the problems and challenges the war-disabled face in the public domain; the second is how best to ensure that they are not financially constrained; thirdly, encourage them to lead a happy and healthy lifestyle; and never to forget the discipline and ethos of being a soldier.

Other aspects are whether the government and the armed forces are doing enough for them and how best can their lives be improved. One of the biggest challenges is to recognise them as a cohesive group, like those killed in Action (KIA), who are now erroneously called ‘martyrs’; the Veer Naris; or the Gallantry Award Winners. The war-disabled, which include those disabled in Warlike operations like conducting high grade operations against all categories of insurgents, need to be recognised as a separate group. They also need to be honoured.

The War Wounded Foundation was set up in 2002 for the long-term rehabilitation and financial independence of war disabled personnel of the armed forces. There are approximately 10,000 such personnel and their financial situation needs improvement.   All war disabled personnel of the army, navy and air force are automatically members of the War Wounded Foundation; they do not have to pay any fees.

The Foundation gives no doles or freebies but assists the war disabled in acquiring skills; becoming ‘soldier entrepreneurs’; and arranging jobs if they so desire. The Foundation has been functioning for the last 20 years but very few know about the work they are doing. It is hoped that this seminar will give visibility to the Foundation and its work.

The last such event was held at Pune on 06 May 2017, where the Chief Guest was the then COAS, Late General Bipin Rawat, later the first CDS of India.