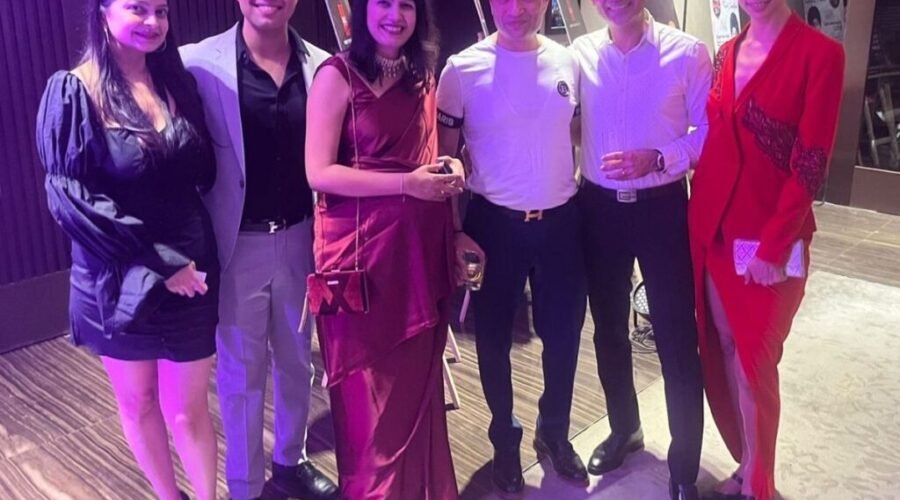 With its global presence, DLC is the world’s 1st Business Platform designed envisaging a dynamic network offering young leaders, entrepreneurs and professionals access to like-minded members from every industry not limited to business but also art, media, entertainment, economics, cyber security and much more all centered around excellence.

The Intellect Pop up, is an exclusive event and a melting pot of knowledge, intellect, and lifestyle never seen before. DLC Intellect Pop-Up is curated to offer a fun-filled evening of inspiring conversations, impact stories, workshops, art and entertainment that introduces one to the world of extraordinary entrepreneurs, professionals and young leaders. What sets DLC apart unlike other global communities is their evaluation and measure of a leader’s success by not the personal net worth but by the number of human lives they touched positively and their efforts taken to heal the planet.

DLC is also a social enterprise using cutting-edge technology & content working towards building a world that is better, stronger & kinder. They are working and constantly creating future-fit organizations by positively impacting the lives of Entrepreneurs, Professionals, and Young Leaders.

Speaking on the occasion, Jimmy Mistry – Founder, Della Leaders Club said,” “I’m excited to host our second Intellect Pop up for the Delhi Chapter.  The National Capital is a melting pot like all other global chapters and a great opportunity for exchange of knowledge and ideas.

Samir Modi, Executive director, Modi Enterprises said,“I am very delighted as this initiative will be great for new age business personalities, entrepreneurs and self-starters. As the work culture in the country is changing, I am glad to see that such a space has been created that not only touches but changes lives.”

Suhel Seth, Indian businessman and columnist said.”I am glad to be a part of the DLC and felicitate the avant-garde endeavors of this global community that exclusively offers round the clock access to like-minded leaders from across the world.

Padma Shri Designer, Sunita Kohli added,” The highlight of the Intellect Pop up is that it doesn’t limit itself to any one specialization. I congratulate Jimmy for conceptualizing such a unique property and creating such an opportunity to the lifestyle and design space through DLC.

Dr. Pushpinder Punia, Senior Advisor for Finance & Taxation to BCCI exclaimed,” Such an enterprising platform is nowhere to be found other than DLC!”

Aishwarya Bansal, Co-Founder of Smart World Developers thanked Jimmy Mistry, to have thought of a beautiful platform that is DLC, for leaders to come and be a part of.

With multiple chapters across the globe, DLC is headquartered in Mumbai and has presence across Delhi, Kolkata, Bangalore, Ahmedabad, Chennai, Hyderabad, Pune and Indore in India with plans for more cities and chapters toward the end of the year.

Be a part of the movement. DLC invites Delhi residents for paid memberships and be a part of this global community. Membership to the World’s 1st Business Platform is by invite only. Log on to www.dellaleaders.com  and join the waitlist.