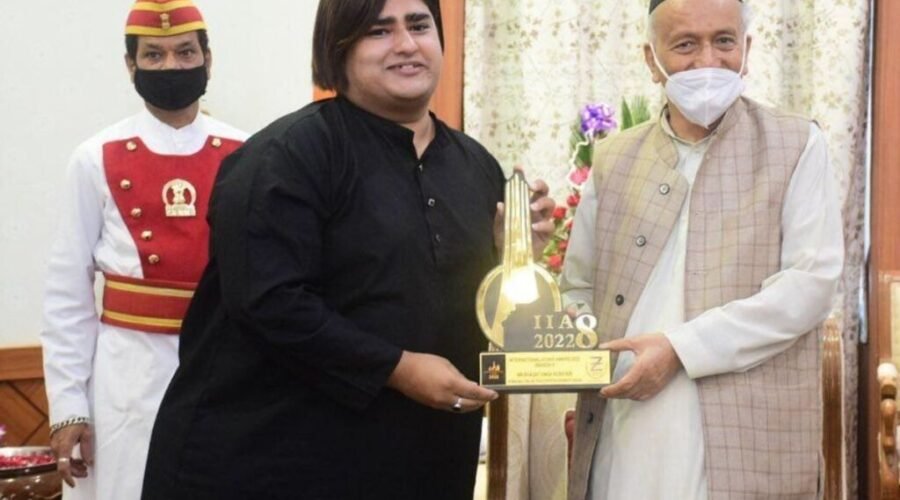 Mumbai (Maharashtra) [India], April 28: Season 8 of the International Iconic Award will be held on 3rd May 2022. The trophy for the show was designed by Mohammad Nagman Lateef, a famous youth icon. The stated trophy was revealed in the presence of the honourable governor of Maharashtra, Mr Bhagat Singh Koshiyari. With his company, he marked his support for the award show.

This prestigious award is given for the noticeable work in the field of Film and Television, Art and Culture, sports, fitness and philanthropy. With its 8th season on the coast, it has come a long way from its start. The sheer dedication of Mohammad Nagman Lateef and his team continues to honour the deserving talents.

This award show has always glittered due to the presence of various stars. These stars have attended and have received awards in multiple categories. Some celebrities who have been a part of this award show are Divyanka Tripathi Dahiya, Debtama Saha, Mohammad Nazim, Gia Manek, Anushka Sen, Daisy Shah, Zareen Khan, Urvashi Rautela etc. This year’s event is going to shine brighter because of the presence of Mohammad Nagman Lateef and Aditya Khurana. This year, stars like Shivangi Joshi, Disha Parmar, Shiny Doshi, Tejashwi Prakash, Priyamvada Kant, Sharad Malhotra, Sehban Azim are nominated in various categories.