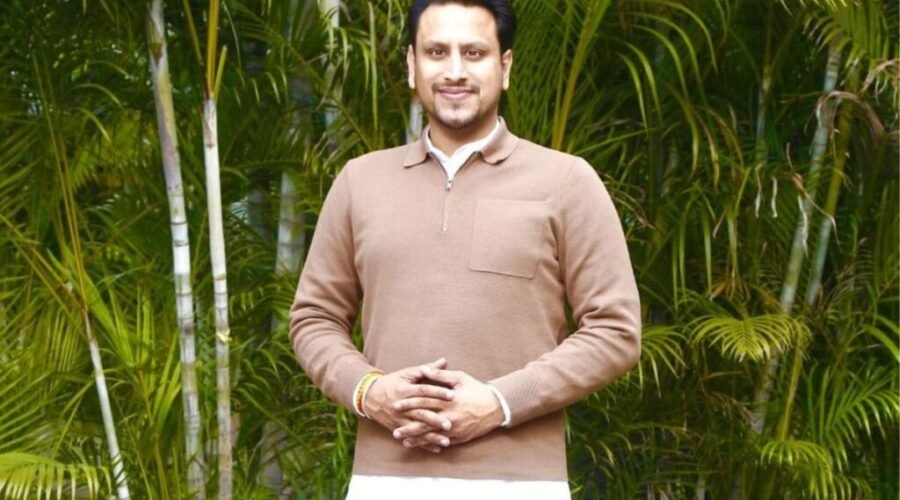 May 6: The world is full of talented people with unique and unimaginable journeys. All such journeys inspire us to take perfect steps in our life. So, let’s explore a journey of a young political leader who built himself and is currently an inspiration for many individuals around the world. This journey of Adv. Akshay Bansal Janalia, a political leader, social activist, and influencer from Sunam, Punjab. He is a member of the Ministry of Finance, Economic, Public Enterprise, Government of India at a very young age and a fanatic social activist that our nation needs. Despite no political background within the family, he with his positive approach achieved and enter into Indian politics all with the aim to develop and grow the nation strong. So let’s know more about him and the achievements that make him a capable leader.

Adv. Akshay Bansal started his journey from the scratch. Born and brought up in a middle-class family with absolutely no political background is mysterious but infallible. Soon after completing his schooling in Punjab; he went to Multani Mal Modi College Patiala, where he studied BBA along with the help of his compadres was elected as president of the college. For further studies, he went to Punjab national university where he was elected as a chairman of the student union.

It was not just the beginning of the journey for Adv. Akshay Bansal it was an aisle to success. Always being a BJP representative, he went to Akhil Bhartiya Vidyarthi Parishad where he was selected as Chandigarh Vice President. Further, he started working in Bhartiya Janata Yuva Morcha Youth Wing BJP. However, after working for a long time he was elected as “Rashtriya Padadhikari” and then soon became a member of “Rajbhasha Samiti” in the ministry of New and renewable energy, Govt of India. Surely you would be observing that without any of such background how one can achieve all such. Talking about his journey Adv. Akshay Bansal said “it’s never about how one needs journey to be it’s all about where you see yourself. With such ambition, I tried my best to win people’s hearts and understand to provide what the nation needs the most.”

He took a big leap when he got selected as the vice president of Delhi State at the Cycle Federation of India.  Along with career growth, he was also eager to learn more about politics so he got selected in Konrad-Adenauer-Stiftung, PolitischeBildung Berlin; a worldwide Think Tank where only people from the political background can apply. There he got the opportunity to be in the 9th batch for 2 years of diploma in international relations. With BJP in his heart, he got exposure from many countries such as Sri Lanka, Thailand, Hongkong, Malaysia, and Germany. He was the only one from Punjab. In fact, to date, only 30 people from India have got a chance to be a part of the same.

Recently in 2021, he got his second term in the Bharatiya Janta Yuva Morcha, National team of Youth, BJP where he has been appointed as national office-bearer in the rise of Himachal elections. Previously, he was appointed as the person in charge of the Seva and Samarpan Karyakaram in Gujarat. Moreover, in Covid times during the first lockdown, Adv. Akshay Bansal helped 2250 Australian residents to reach back home in chartered plane and in second pandemic, he got 70000 people vaccinated with his drive-thru campaign; which is the biggest vaccination drive till yet. Currently, he is a member of the Ministry of Finance, Economic, Public Enterprise, Government of India and there will be more to come. Being a hardworking and dedicated young politician and social activist there is a lot to come to that influence us to be more like him.