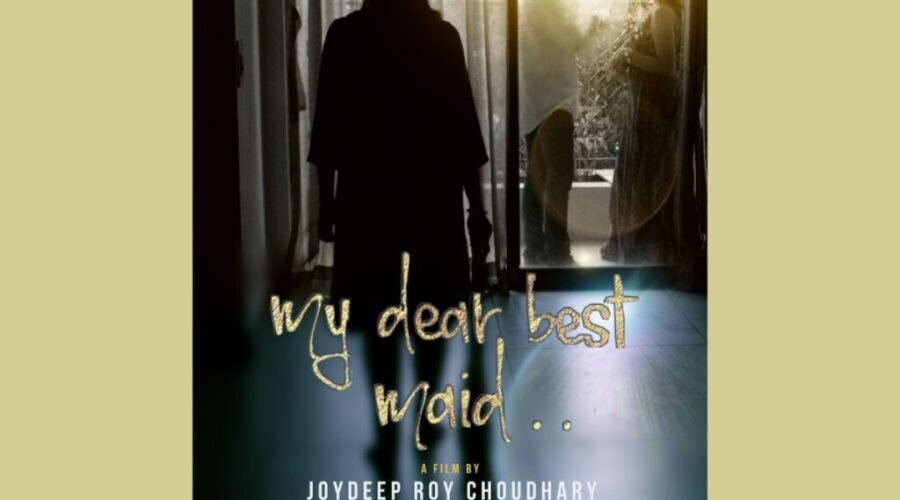 Mumbai (Maharashtra) [India], May 7: Under Alarmclock Entertainment Private Limited, Independent Filmmaker Joydeep Roy Choudhary released a new short film, ‘My Dear Best Maid.’ This short film is about a housemaid, performed by Moumita Mitra, a skilled actress. The lead actress portrays the life of a maid and situations in which she can question her position in the nuclear family where she began working and express her ambitions through what-if scenarios.

The short film is well-written, as it demonstrates the need of having a housemaid and being conscious of their access to our family and lives, as well as being comfortable with it, which is common in Indian houses. They rarely know our deepest darkest secrets, and they occasionally contribute to our happiest moments by preparing special dishes, cleaning the house, etc. Still, they are generally unseen and are not a part of our lives.

Talking about the film, Independent Filmmaker Joydeep Roy Choudhary stated, “I made sure that the house was regarded as a different character when I was selecting how to set the mood and tone of the picture. The mansion served as a backdrop for several plotlines as the drama unfolded over nearly three years. Because the film is entirely focused on narration, it was rather difficult to shoot because the actors had to mentally run through the narration and elicit the appropriate emotions.”

“I made sure to present the character arcs as naturally as possible by having the maid become a part of the audience and go through the life of her mistress, played by Ashmita Baidya over which the maid had little to no control. That’s how I envisioned the letter (story) as a film, in which the maid reflects on her existence but then looks back on how they came to be in a relationship that was unseen but full of purity and love and driven by purpose. I want the audience to have an immersive experience and appreciate the emotional roller-coaster,” he further added.

This independent filmmaker has beautifully narrated the story and left with some undoubtedly questions and what we think about our housemaids. With such strong opinions and narratives, this short film has been winning hearts across the audience. Currently, he is working on a feature film project and has finished the screenplay along with the mood & tone of the film. His new project features a unique mix of science fiction and documentary elements, and all he needs now are the proper producers. This will be a personal triumph for him, but it will also help Alarmclock Entertainment establish itself as a forward-thinking creative production firm.

Founded under the leadership of Joydeep Roy Choudhary, Alarmclock Entertainment is based out of Kolkata. The production house consists of a group of independent, talented, and highly creative screenplay writers, directors, actors, cinematographers, screenwriters, creative directors, and art directors who work together to create short films, music videos, web series, and feature films that represent the greatest form of cinema. They have specialization in making Thriller, Sci-Fi, Romance, Drama, Horror, and Suspense films. Along with producing great films, they also have experience in zero budget to big budget filmmaking making it accessible for the people.