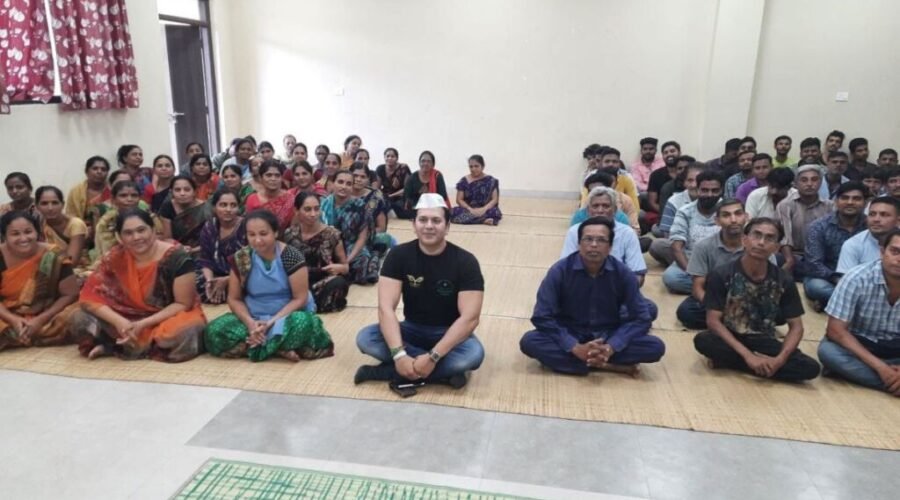 Surat (Gujarat) [India], May 10: Viral Desai, an environmentalist and textile industrialist who has acquired the moniker ‘Green Man,’ uniquely commemorated Gujarat Foundation Day by planting trees in two locations and organising an awareness drive among college students about the danger of ‘climate change.’

The tree plantation and the awareness campaign were organised under the banner of the ‘Satyagraha against Pollution’ movement where hundreds of trees were planted in the first phase at Akshayapatra Foundation and Annapurna temple in Pal where the NSS students from Seth CD Barfiwala College participated.

Viral Desai, while interacting with NSS students at Seth CD Barfiwala College, gave them advice on how to become “environment soldiers” to combat the effects of climate change. Desai also instructed the pupils on how to identify different tree species to safeguard humans from the consequences of rising temperatures in the future. “This was our first tree planting with the Akshay Patra Foundation,” Viral Desai explained, “but we will soon establish a massive urban forest with five thousand trees here that will serve as an oxygen chamber for a big population in the Parvat Patia area.” These plants will significantly boost the urban biodiversity.”

“Through ‘our’ Satyagraha against Pollution Movement, we are reaching out to the masses,” Desai continued. We go out to kids and students, in particular, to ensure that they not only earn degrees but also develop into responsible citizens.”

Interestingly, Desai has engaged more than 50,000 people in Surat through his unique ‘Satyagraha against Pollution’ movement and has decided to plant more than 2.5 lakh trees.